What is Electricity and Understanding the Batteries [Building a Quadcopter#2] 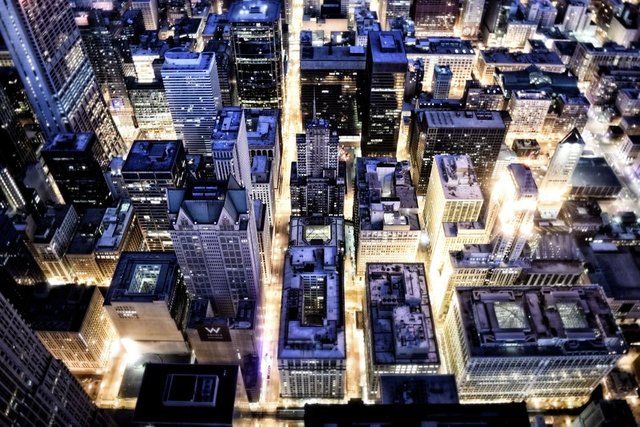 For this second episode of the series which presents the different features of a drone I would like to talk about batteries but before that we will spend some time on what electricity is in order to better understand how we choose the battery (and what we will have learned will also serve for the future, especially for the article on the flight controller). In addition, we will need a lot of batteries to power the drone, the remote controller, the FPV glasses and the Action cam (used to record the flights).

When we try to explain the basics of electricity we often use the analogy of water, indeed, many aspects may resemble it but it is not a long quiet river.

In our case, the battery can be considered as a pressurized water tank that would be connected to a circuit and whose pressure would decrease as the water exits. The voltage (noted V and expressed in Volts(V) in the international system of units (SI) which is characterized by an electrical potential difference at different points in a circuit is now a pressure difference in the circuit (and as with water, if you connect a high-pressure pipe to a low-pressure pipe, you create a current, except that in electricity this current can be so high that it can create a short-circuit due to the low resistance of the circuit). The electric current I (expressed in Ampere (A)) is quite obvious, we can compare it to the current of water circulating in the pipes except that instead of water molecules, it is electric charges (negative in one direction, electrons, and positive in the other direction, cations).
We can also compare the equations used to obtain the electric power : P (in Watts(W)) = VI and the hydraulic power P = pQ (p the pressure in Pascal (Pa) and Q the flow rate in m^3/s) .

The resistance R (expressed in Ohm(Ω)) is often compared to the width of the pipes used, I am not sure that this last analogy is very precise (notably because of the heat produced by the resistors when they are crossed by strong currents) but it is sufficiently clear and correct for this article, therefore the wider a wire or a pipe is, the fewer resistors there are.

Here’s everything you’ll need to know about the electricity units for the rest of the article! 🙂

How does a battery work?

But, how does a battery work? For this part we will take as an example the LiPo batteries (for Lithium Polymer) which are the most popular in the world of drones racing currently. We will also talk about some electricity laws to better understand how they work.

So as we said in the first part, we can compare the battery to a pressurized water tank and it has several main characteristics: its voltage (which can be related to the pressure) and its capacity (which could be assimilated to the quantity of water present in the tank) expressed in Ah (ampere-hour) or mAh (milliampere-hour) or the number of Amperes that the battery can provide during 1 hour.

A lithium battery is composed of one or more cells, a kind of elementary brick of batteries, they can be connected together in different ways to increase voltage or capacity. But to be connected to each other, they must have the same voltage, capacity and charging and discharging behaviour (if they are too different you risk damaging them), which is also why battery chargers also balance the different voltages.

Conventional Lipo cells have a rated voltage of 3.7V, this indicates that during a regular discharge, the battery will spend most of the time at 3.7V. In general, Lipo batteries are charged at 4.2V per cell and then used up to 3.5V, neither higher nor lower at the risk of damaging them, in fact after the low threshold the voltage decreases much more quickly and we risk not being able to charge them any more or to decrease their lifespan :

On the x-axis, we have the elapsed time in seconds and the voltage of the battery (composed of 3 cells in series) on the y-axis. Unfortunately we do not see on this simulation the voltage drop at the beginning of the charge, in fact during the first part of the discharge the battery voltage will quickly drop from 12.6V to about 11.6V. Of course the time it takes for a battery to discharge will depend on its capacity and the current it provides.

Each cell has 2 electrodes immersed in the electrolyte whose composition depends on the technology but the principle remains relatively close :

One of the electrodes, the cathode, “seeks” to get rid of electrons produced by chemical reactions and the anode needs electrons to react which has the effect of creating a current, a displacement of charges (an electron being negatively charged it will move from the cathode (-) to the anode (+)), when one connects a circuit to both electrodes one thus obtains a voltage.

How to use several cells?

If we connect them in series, the voltages will add up but the capacity will remain equal to the capacity of a cell (if they are all identical). Note the number of cells in series before the letter S, for example a LiPo 4S battery will have a nominal voltage of 14.8V (3.7*4).

If we connect them in parallel, the voltage will be the same (all terminals + and – being connected) but the capacities will add up and this time we will use the letter P. So if for example we use a Lipo 3S2P battery with 3.7V cells having a capacity of 1Ah, we will have a battery of 11.1V and 2Ah using 6 cells :

And there’s one last parameter we need to talk about: C.
It is a coefficient (without unit therefore) allowing to know the maximum current that a battery can supply, for example a battery of 2Ah (ampere-hour, being able to supply 2A during 1 hour) and 10C can supply up to 20A (10*2). For a racing drone this number must be rather high, most pilots use batteries between 45 and 100C. A high C does not cause excessive voltage drops when the motors consume a lot of current (during accelerations).
Sometimes we can see a number called C Burst, this indicates the maximum number of C that the battery can handle over a short period of time (usually 10 seconds maximum).

Overview of the requirements:

When you are looking for batteries for a drone racer you are looking for something light (weight is always the number one enemy of everything that flies), which has a good capacity and can supply a lot of current on demand. All we have to do now is compare the different technologies and products using these criteria to choose our batteries.

Technologies on the market:

During a project in highschool, I had to take care of the choice and the dimensioning of the batteries of our robot, and after quite a lot of research, I ended up with this following table (I know that some parameters are rather subjective but that allows to have an idea at least):

Each of these technologies has its advantages and disadvantages, lead batteries are inexpensive and can perform many cycles but are very heavy. As for NiCd, the memory effect is a big disadvantage and lithium batteries are lighter, provide a lot of current but have a rather short life and can be dangerous if handled badly (voltage too low or too high, current too high, short-circuit, puncture).Comparison of the mass energies of the different technologies

It is also noticeable that lithium batteries have the highest volume energy (lead and NiCd batteries would be much too heavy for our needs). We will go with Lithium Polymer (Lipo) batteries. Then to separate the different lithium batteries we will look at the price, the number of C, the voltage and the cycles.

These are basically the different technologies, I didn’t want to go into too much detail here because there are a lot of different types of batteries (just for Lipo there are still different specificities such as High Voltage, Graphene, Nano,…) and could spend hours trying to compare them (it may be necessary to spend this time on some projects but here the table above, the budget and the experience of FPV pilots is enough to make our choice).

Choice of the number of S of P, the capacity, the nb C…

Now that we’ve seen everything we need, the choice shouldn’t be very difficult anymore, although… we still have to choose the tension as well as the capacity!

For this drone I chose to use LiPo 4S1P 1.5Ah 45C batteries because they are lightweight (if you don’t fly with a camera you can take higher capacities but be careful not to put too much weight if you want to keep a good speed), can provide a lot of power thanks to the 45C and the 4 cells allow to have a little more punch for the engines (we will see in a next article why but in general, the higher the voltage, the faster the engines can run). But this choice implies choosing the rest of the equipment according to these batteries and paying attention to the different operating voltages of the other components (see the list of equipment in the introduction).

On that I say to you soon and leave you with this small gif (slightly accelerated) from a previous flight: