How to control a drone remotely? Part 1: The Transmitter [Building a Quadcopter#3] 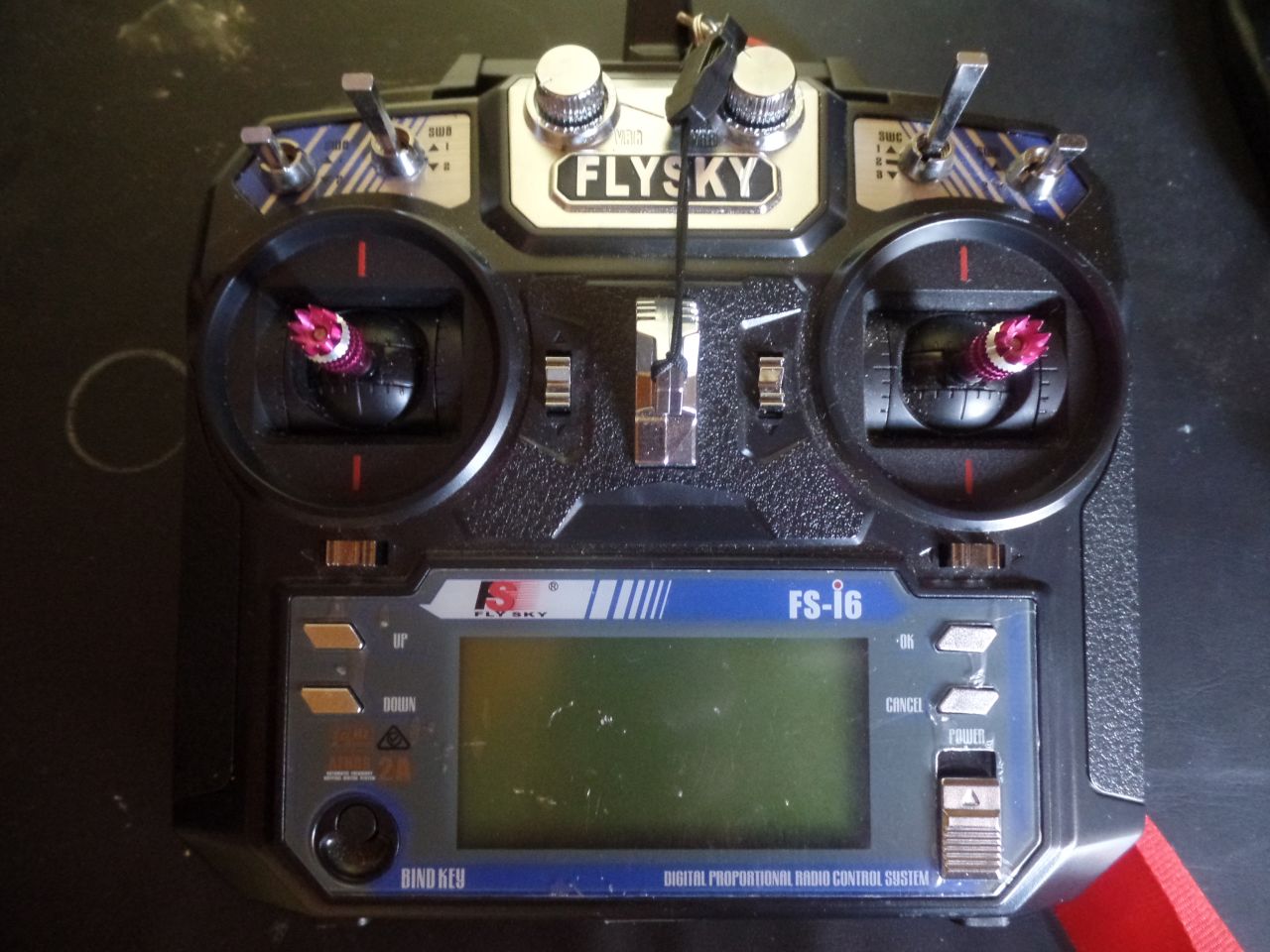 For the third article of this series devoted to the construction of a racing drone (or UAV, Unmanned Aerial Vehicle), we will talk about remote control. What, how, and why, we will answer all these questions throughout the article!

Before detailing the solutions, we need to know what we need, so here are our requirements:

Technologies on the market:

There is not a lot of them accessible to everyone, if we exclude Bluetooth because of its short-range (reliable up to 5m in general, it’s more 20m currently) and the same for the ultrasound and infrared, moreover we can’t (or with great difficulty) track the receiver so we can also rule out systems using narrow beams or very directional ones. The last technology for us to look at is the electromagnetic waves used for long distances (such as wifi and radio waves for example).

Why should we use these electromagnetic waves?

First of all, let’s start from the basics, what is a wave?

Waves are often described as a disturbance that propagates like ripples when a body (or a pebble) is thrown into water :

We can characterize (very simply) a wave by using 3 criteria:

The radio and Wifi waves have long wavelengths (up to one kilometer) and are well after the red and infrared, so they are not disturbed by medium-sized obstacles :

Indeed, when an electromagnetic wave encounters an obstacle smaller or as large as its length, it tends not to be disturbed too much (the amplitude decreases but the signal is still perceived). Then the bigger the obstacle becomes in relation to the wavelength the more difficult the transmission will be and when the obstacle is about 100 bigger than the length it is almost impossible to establish a transmission. (If you want more details about the propagation of radio waves I recommend you to take a look at this NASA’s Tour of the Electromagnetic Spectrum and these resources).

Usually, 2.4Ghz is used for remote control and 5.8Ghz for video transmission, this allows to keep control when some obstacles momentarily block the 5.8Ghz but not the 2.4Ghz.

How does the remote control work?

Concerning the remote control itself, we will use one with 2 joysticks and several switches. The joysticks will control the 3 axes of rotation of the UAV as well as the power of the engines and the switches will be used to perform different actions that we will configure later (we can for example “arm” the quadcopter, i.e. switch on the engines, switch from one flight mode to another, etc…).

First of all, we have to ask ourselves what a joystick is made of. If you’ve ever used one for DIY projects or if you’ve ever broken/disassembled a joystick you may have already noticed, a joystick is capable of rotating on two axes (x and y, up-down and left-right). On these axes are attached potentiometers, these are components whose resistance can vary (usually you can vary this resistance by turning a knob or moving a slider) :

We will be able to use this property to read the angle at which the joystick is on each of the 2 axes. Indeed, if we apply a 5V voltage to the terminals of a potentiometer we will be able to read a voltage proportional to the movement. But before we are going to take a very quick look at resistors :

A resistor is an electrical component whose purpose is to oppose the passage of current. Very used in electronics (you will come across them everywhere), they are present in a formula that you may know, the famous Ohm’s law: U=R x I which relates the voltage, resistance, and current passing through it:

U is then expressed in Volts, R in Ohms and I in Amperes.

Using the analogy of water, the resistance (the component) could be a constriction of a river, the voltage would be the difference in water level at the ends of the constriction, the current would be the electric current flowing through the component, and the resistance would be defined by the constriction. We have already seen in the previous article how a battery behaves when cells are connected in series or in parallel, we will find similar characteristics for the resistors. For example, if you connect 2 resistors in series :

The resistors add up, i.e. if you have chosen resistors from 100Ω each, you will get one resistor from 200Ω at the terminals of the set. And if you put them in parallel, it’s the inverses that add up, also called conductance (1/Req = 1/R1 + 1/R2 + …, Req means Equivalent Resistance, i.e. the resistance of the circuit):

Let’s come back to our potentiometers, when it doesn’t move we can represent it in this way, using 2 resistors. As we have said above, the total resistance is equal to the sum of the 2 resistors. So when we move the knob, the values of the resistors evolve but the sum remains unchanged. In this way we can use the principle of the voltage divider (a circuit allowing to divide the input voltage with the help of 2 resistors, see diagram below) to read the evolution of the potentiometer position :

The formula used for this type of montage is as follows:

The letter U is used to represent the voltages, R the resistances and I the currents. It can be read as follows: “The output voltage (Us) is equal to the resistance of the second resistor divided by the sum of the resistors all multiplied by the input voltage (Ue)”. In the case of a potentiometer, each of the 2 resistors varies between 0Ω and it’s maximum (generally 10kΩ, 10 000Ω), so the voltage on the cursor will vary between 0V and the input voltage in proportion to the angle of the potentiometer. It is therefore possible to read the position of the joystick by reading the voltage of the 2 potentiometers, which is very simple with microcontrollers such as Arduinos for example.

If you buy joysticks for DIY projects you can find them in this form:

There are five pins:

Then send this program to read the 2 cursors and display the values on the serial plotter :

And here is the result when I move the joystick on one axis after the other (you can access the serial plotter by clicking on “tools” then “serial plotter” on the Arduino IDE):

I have chosen to display the values in the Serial plotter but once you have retrieved the values you can do whatever you want with them (control a robot, a drone, a game, switch on LEDs,…), it’s up to you! These data are read by the remote control in a similar way, classified by channels (one channel containing one of the information) and then sent to the receiver that we will discover in the next article!

On that note, see you soon for a new article!

Thank you for reading me 🙂